We imported Brandywine from the United States in 2006 and have been very impressed with it ever since. The autumn colour is fantastic starting with light wine burgundy colour and then progressing over the next week or to through reds and orange shades until the entire tree is covered in a fire orange colour. Brandy Wine was developed at the U.S. National Arboretum and resulted from a 1982 cross of Acer rubrum 'October Glory' and A. rubrum 'Autumn Flame' by A.M. Townsend as part of a research project examining the inheritance of fall colour and leafhopper resistance, and an effort to improve existing cultivars of red maple. It was released in the USA in December, 1994. We find that Brandywine grows best in a slightly sheltered site with acid soils but it can handle most moist soil types from silt to light clay. This is a male form that will not set seed and therefore there no chance of spreading in the wild. It has been used as a specimen tree in lawns and as street plantings as well as a shade tree in residential sections. 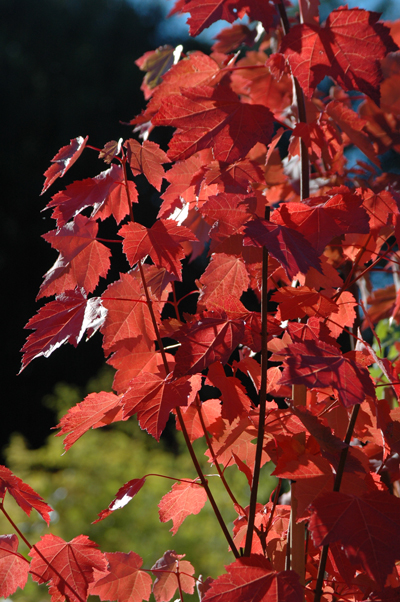